The Regional Biophysics Conference has a long tradition of fostering regional cooperation, exposing young researches and reviewing recent advances in experimental, theoretical, and applied biophysics. This year, the conference was held in Zreče, Slovenia, from 16th-20th of May (RBC2018).

On Friday 18th a special session in Ptuj Castle entitled “Quo vadis, biophysics” was conducted by Janez Štrancar,  and we gave presentation (pitch talk) about the AUTOIGG project. 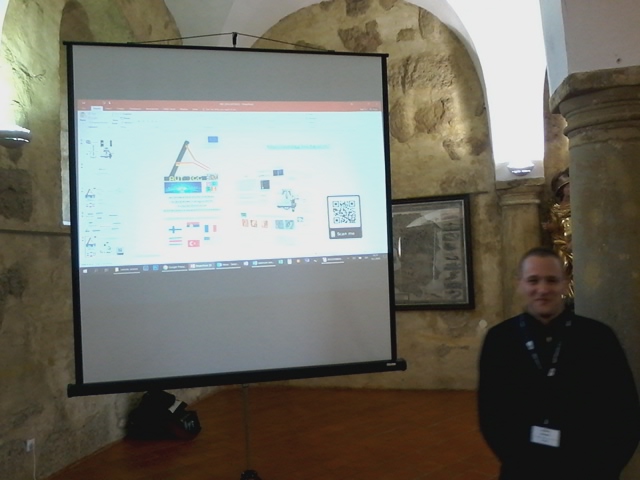 In addition, prof. Andjus gave an interview about AUTOIGG project for the magazine “Večer” :

It would be interesting to study Stephen Hawking’s body

Amyotrophic Lateral Sclerosis is a disease that Stephen Hawking was diagnosed with. This disease is researched by dr. Pavle Andjus at the laboratory of the Faculty of Biology in Belgrade — the Centre for Laser Microscopy — which he managed to build up through the European Framework Programme. Their primary goal is to study cellular markers of neurodegenerative diseases, including Amyotrophic Lateral Sclerosis. The latter is observed in rats with mutated enzyme, which is also present in patients with this disease. “We monitor all stages of the disease, the most important being the one before the onset of the symptoms,” explains the researcher, in order to be able to diagnose the disease on time and start the therapy. Also, serum antibodies of patients are tested in rat neurons. Within the framework of the European project AUTOIGG they develop a diagnostic device that would automatically detect reactions, so they could provide better diagnosis in patients. Our interlocutor did not have the opportunity to meet Hawking, but he says that he was a scientific phenomenon because he lived unusually long with such a disease. Usually, patients have only two to five years of life after the disease has been diagnosed. It would be interesting to study the body of dead astrophysicist, Professor Andjus is thinking. 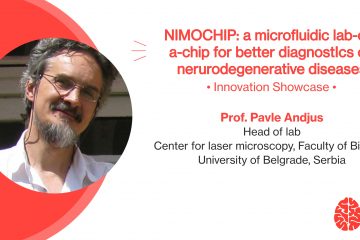 Looking forward to speaking at the Brain Innovation Days, to be held on 12-13 October in Brussels, showcasing the importance of brain innovation and how it is changing Europe & the world. You can look forward to Read more…

Scientists from Northwestern Medicine and the University of Belgrade have pinpointed the electrophysiological mechanism behind upper motor neuron (UMN) disease, unlocking the door to potential treatments for amyotrophic lateral sclerosis (ALS) and other neurodegenerative diseases, Read more… 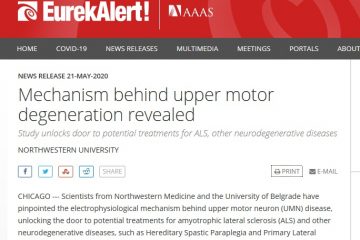 The Electrophysiological Determinants of Corticospinal Motor Neuron Vulnerability in ALS

Associates on the project H2020 AUTOIGG coming from the Faculty of Biology, doctoral student Mina Perić and prof. Pavle Andjus, project coordinator, published a paper on May 19 in the Frontiers in Molecular Neuroscience edition Read more…